If the permit is approved, Haw watchers say parts of ecosystem could be ‘completely lost’

MONCURE — A proposal from Vietnamese electric car manufacturer VinFast would threaten to permanently damage portions of the Haw River’s streams and wetlands near Moncure, according to advocates at the Haw River Assembly.

The proposal, which was filed by VinFast and N.C. Dept. of Transportation, seeks federal approval by the U.S. Army Corps of Engineers and is currently under review. It would impact 3,688 linear feet of stream channel, 22.789 acres of wetlands and one acre of open waters in waterways including Shaddox Creek, Haw River, Deep River and the Cape Fear River Basin.

The permit filed by NCDOT and VinFast states the impact on the existing ecosystems will be “moderate” and “do not present a significant or imminent threat to the stability and integrity of the aquatic ecosystem within the watershed.” The permit states the environmental impact will be similar to other projects in the region.

VinFast is building a more than 1,700 acre manufacturing plant in Moncure, where it will build electric vehicles and manufacture batteries for those vehicles. Over the next two decades, the project is expected to bring more than 7,500 jobs and $4 billion in economic investment to the region. 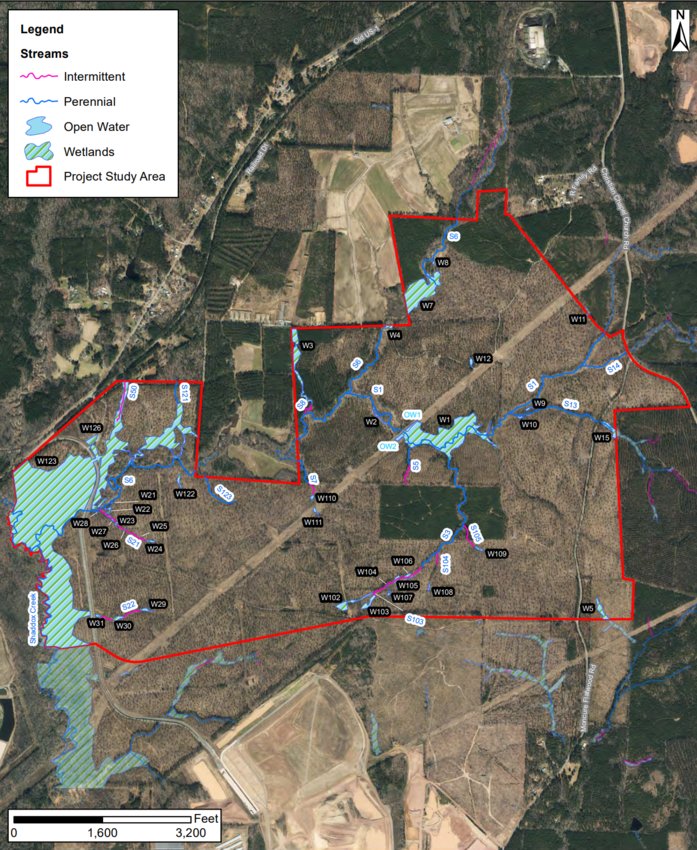 Map shows the natural features affected by the VinFast plant. According to the permit, it will infill and dredge more than 30,000 ft. of streams

Environmental advocacy groups like the Haw River Assembly disagree with the analysis provided by NCDOT and VinFast. HRA leaders say the change will be permanent and substantial. Emily Sutton, Haw riverkeeper, said she believes there are ways to develop projects like the VinFast facility in a sustainable fashion.

Sutton told the News + Record she hopes the permit is rejected by the U.S. Army Corps of Engineers because of the large impact on the Haw River.

“The permit that’s proposed does not include any alternative analysis,” Sutton said. “This proposal also doesn’t include much information about the cumulative impacts of this development, and the development in that general area.”

While there are alternatives shown in the 284-page permit application (view the full permit at https://bit.ly/3CRQg4m), Sutton said her review of the permit showed there was not enough information presented as to why those alternatives were not chosen for the project.

That lack of alternative analysis, she said, may cause further harm to residents of the current Moncure area who have already incurred increased pollution and sedimentation in the local environment. With construction of the new FedEx facility, grading of the land for the VinFast facility and other nearby construction, the Moncure area is quickly becoming part of an industrial corridor in Chatham. The increased construction also comes with environmental costs.

Under the current proposal, VinFast would dredge and fill streams, wetlands and open waters. Dredging is the practice of using heavy machinery to scrape the bottom of a streambed. Filling means that construction teams will use dirt to fill the streams, which buries the waterways.

“All of the aquatic habitat that thrives there will just be completely lost,” Sutton said. 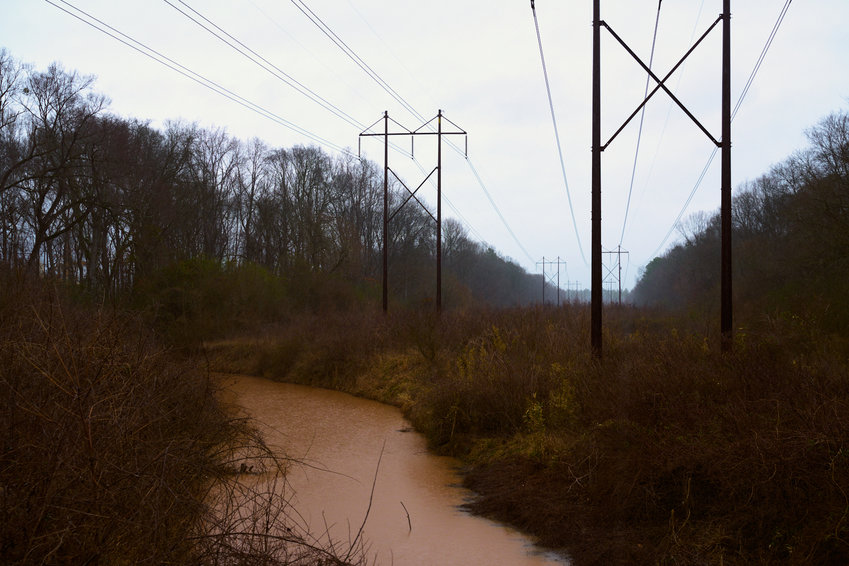 The habitat under threat includes macroinvertebrates like mayflies and stoneflies. Tall grasses along the creeks also serve as nurseries for small fish species, mussels and clams.

“So all of those small habitats are essential for the health of that entire aquatic ecosystem,” Sutton said. “If we don’t have a healthy population at the bottom of the food chain, then it impacts the entire food chain.”

Sutton also predicts — based on the permit application — that these waterway infill systems would be used to make way for horizontal directional drilling, which is a construction technique whereby a tunnel is drilled under a waterway or other designated area, and a pipeline or other utility is pulled through the drilled underground tunnel. The threat of horizontal directional drilling is the possibility of frac-out, which means the fluids from the drilling could accidentally be released directly into the surface water.

“There’s these heavy toxins that are being pushed through a pipe to get through the rock under a river body,” Sutton said. “If that burst, or if it leaks, which isn’t uncommon, then all of those contaminants go into the river.”

Sutton said she is concerned at the prospect of further contamination of the river because the Cape Fear River Basin, which the Haw flows into, is the drinking water supply for thousands of residents in the area. 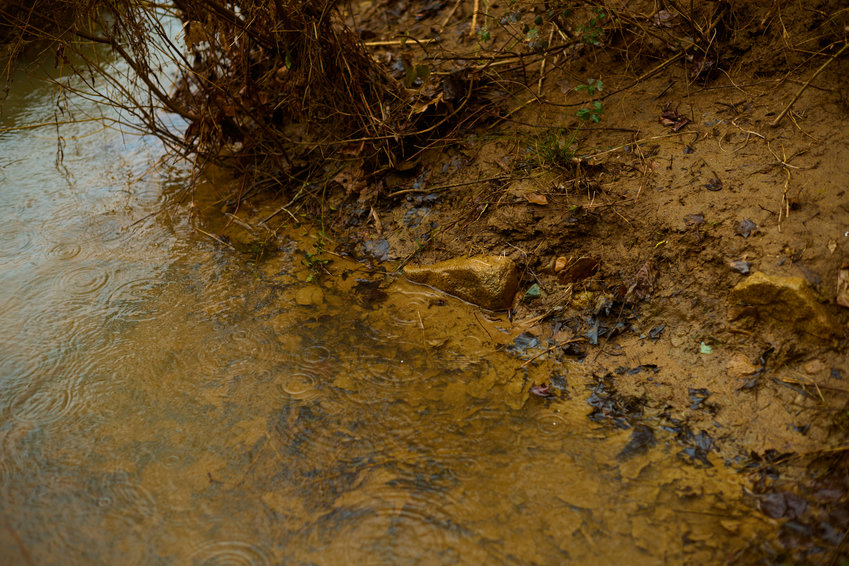 The already polluted Haw River could see its current ecosystem "permanently lost," according to advocates at the Haw River Assembly. Permits were filed by VinFast to dredge and infill portions of the river to make way for the new vehicle manufacturing facility. (Staff photo by Peyton Sickles)

VinFast is offering to buy “mitigation credits” from the state. Those credits pay for stream and watershed improvements elsewhere to offset damage at the site.

“Impacts to streams and wetlands within the VinFast property have been largely avoided by the careful layout and design of the manufacturing facilities and locating them within upland areas of the property,” a VinFast representative told the News + Record in a statement. “The only impacts within the VinFast property are limited to perpendicular roadway crossings that are necessary to provide safe and efficient access within the site and from the manufacturing facility to the roadway improvements.”

VinFast officials added VinFast is working with the N.C. Dept. of Environmental Quality and other area leaders on the permitting process.

At the scale of the VinFast project, Sutton believes there are ways to construct the property that do not include damage to natural habitats. She said considerations like stormwater mitigation and integration of natural topography should have been taken.

“It should have green space, it should have streams, trails and trees — all of those things don’t need to be destroyed,” she said.

One of the other concerns Sutton raised with the current proposal is the lack of community engagement shown by NCDOT and VinFast. It’s a concern echoed by Moncure residents as more and more permits, proposals and construction have begun in the area. Affected residents expressed similar sentiments about the lack of notice and community engagement instances like the August NCDOT public hearing and the uncertain future of Merry Oaks Baptist Church.

“We got calls from community members that received a very vague letter in the mail two days before Thanksgiving,” Sutton said. “That is in the middle of everyone’s holiday season, and it’s hard to make time for something like this.”

The permit was filed on Nov. 21 with initial public comments closing Dec. 26. Haw River Assembly filed a petition for an extended public comment period on the permit, which was granted until Jan. 5. Sutton believes even with the extension, there was not enough time for communities to organize and provide necessary feedback.

The U.S. Army Corps of Engineers has not made an official ruling on this permit as of publication. The permit is currently under holistic review, which includes examining impact on human environment, property owners, aquatic environment and overall effects.

“If this project is approved as proposed in the existing permit, then we’re looking at the loss of a lot of ecosystem services that are protecting our water quality,” Sutton said. 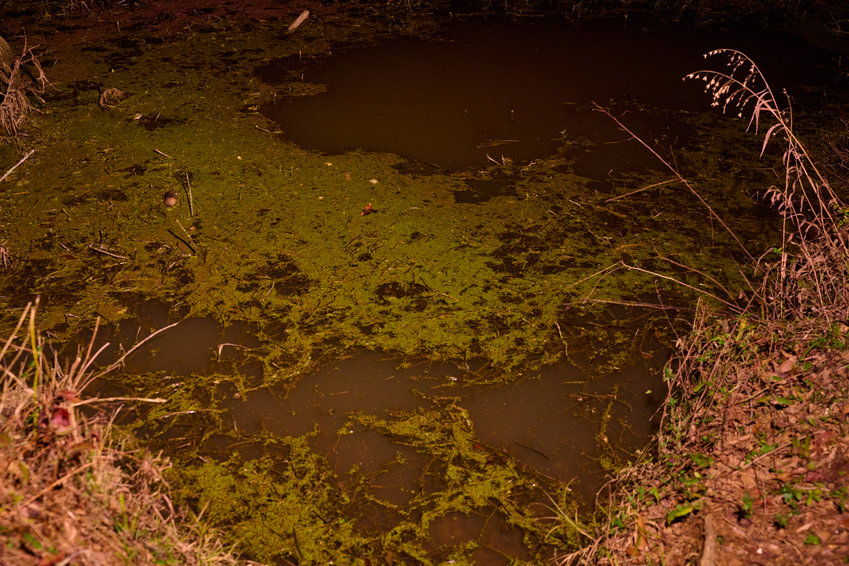 Macroinvertebrates like stoneflies as well as marsh grasses could be lost under the current permit proposal from VinFast. Haw River Assembly advocates say this could hurt the ecosystem all the way up the food chain. (Staff photo by Peyton Sickles)