PITTSBORO — In a fiery school board meeting, eight community members spoke out after they claimed a student at Bonlee School was bullied for her faith.

More than 70 people came to the meeting at Chatham Grove Elementary School Monday night, after reports surfaced online last week of a student being “bullied” by a teacher because of her love for the Bible.

Ryne Smith claims his daughter was participating in an assignment where the students were asked to list their favorite things. Smith said his daughter listed art, basketball and the Bible. Smith claims the teacher of the class, Wes Lail, took exception to her comments and explained to her “what atheism is and why God is not real.”

Smith spoke about the incident on a podcast called Carolina Conservatives, which is hosted by two pastors describing themselves as “preachers with a punch” offering “real news for conservatives.” Smith goes on to claim the incident caused him to take his daughter out of Bonlee School and the Chatham County School district. He says his daughter is now enrolled at Faith Christian Academy.

At the packed school board meeting, Smith claimed the entire school board was unfit for office and should step down for failing to do their jobs.

“I do not see how this board has the audacity to sit and let teachers bully and indoctrinate our kids,” Smith said during the public comment period Monday. “All y’all are good for is telling people what they want to hear by sweeping it under the rug. There’s too much going on in schools that we don’t know about. Do us all a favor, stop wasting our tax dollars and just step down so we can advocate for our children and their rights.”

Smith finished his comments to loud applause from those in attendance, saying the board of education is “destroying” Chatham County Schools. He’d previously stated on the podcast that the incident was emblematic of the problems in North Carolina public schools.

Smith also claimed on the Carolina Conservatives podcast that he reached out to the school district, including Chatham County Schools assistant superintendent about the incident before removing his daughter.

Members of the Chatham County Board of Education are not allowed to respond during the public comment period, but a spokesperson for Chatham County Schools said Smith called the Bonlee School principal after the incident. Multiple school officials, including the assistant superintendent, reached out to Smith via phone, but CCS officials said they were not able to get the family to sit down to discuss in person.

“The matter was investigated and addressed according to policy,” CCS Public Information Officer Nancy Wykle told the News + Record. “We remain committed to working with the family if they wish to do so. To date, they have chosen not to work with or meet with school staff to address the matter after removing the child from school.”

One of the hosts of the Carolina Conservatives podcast, Pastor Allen Mashburn, also spoke at the meeting and echoed many of Smith’s concerns. Mashburn serves as the pastor of Asbury Baptist Church in Seagrove in Randolph County.

“Not only did something happen that harmed the child, but it was a violation of her rights,” Mashburn said. “You need to address that, all of us must address that. The rich thing is the school just finished diversity and sensitivity training last week, that’s rich.”

One speaker, Dawn Porter, a Bynum resident, spoke up in support of the board’s diversity and equity training efforts.

“While I don’t speak for all parents, I do speak for a lot this kind of training is not only supported but expected,” Porter said. “We live in a time where there’s a lot of tensions that continue in the U.S. But I’m confident everyone here is trying to give all of our kids a basic education, but there are unconscious biases.”

Porter asked for such sessions to continue to help close the achievement gaps in the county and help address systemic equity issues in the county.

Mashburn was one of several speakers who came from outside the county to express concern. Others included Pastor John Amanchukwu from Raleigh, who describes himself as “a rising voice exposing the racist ideologies of abortion and Critical Race Theory.” He is also former executive director of the Upper Room Christian Academy in Raleigh and a contributor to Turning Point USA. He was the loudest speaker of the evening and echoed many of the concerns of other speakers.

“Tonight I am filled with righteous indignation,” Amanchukwu said. “Hearing that a young girl was demonized for her faith is a tragedy for our republic. The truth is there is an attack on Christianity in this culture.”

The Black pastor claimed if the student was of a different faith then the incident wouldn’t have happened. He then claimed public school systems and Chatham County Schools teach Critical Race Theory, transgenderism and grooming policies, which he called “tragic ideologies.”

The board didn’t take action on the issue.

Dist. 1 board member Melissa Hlavac announced her resignation from the school board during the meeting, citing a need to devote more time to personal and professional endeavors.

Her resignation on Monday was effective immediately.

“I feel honored and privileged to have served on the Chatham County Schools Board of Education for nearly eight years,” Hlavac said. “We’ve worked hard, navigated challenging decisions, and treated each other with respect, all while not betraying our deepest values. I’m proud of our board for its collective accomplishments on behalf of CCS as well as its steadfast support for our students, teachers, staff and administrators.” 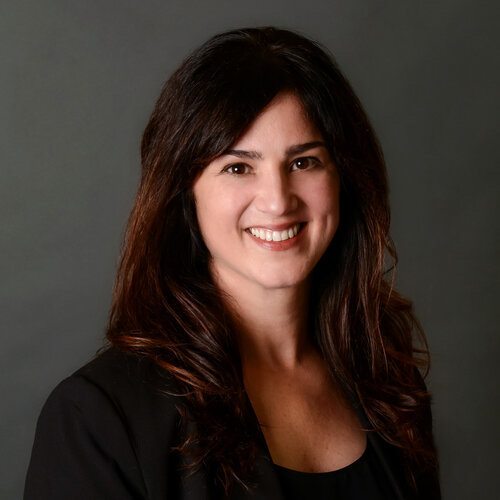 Pursuant to school board policy 2115 and North Carolina General Statute 115C-37(f), the board will begin the process of replacing Hlavac soon. Information on the process will be communicated in the near future. The person selected to serve will be on the board until 2024, and then the seat will be up for election. Those with questions about the board appointment process should contact Kristin Guthrie, clerk to the board of education, at kguthrie@chatham.k12.nc.us.

• The board heard several presentations regarding the status of the county’s schools following a release of data from the N.C. Dept. of Public Instruction. Testing data showed the county had grown in the 2021-22 school year, with 89.5% of school achieving or exceeding growth. The largest growth was seen by Virginia Cross Elementary, which grew by more than 20 points from the previous year. VCE, however, was diagnosed with a low-performance rating by NCDPI because of its low proficiency numbers.

Dr. Amanda Moran, assistant superintendent for academic services and instructional support, said this was a problem with the accountability model itself, rather than the school. School Performance Grades are calculated using a formula from NCDPI that uses 80% academic proficiency and 20% growth.

“When you look at VCE on a scatter plot of all the school in North Carolina, they’re an outlier,” Moran said. “They have higher growth than any other school in the state with comparable populations. Yet because their performance grade is calculated using only 20% growth, and their proficiency scores are lower, that causes them to have a lower grade. I would put the teachers at VCE against any in the state, but unfortunately, the grade rubric doesn’t celebrate that extreme growth.”

Moran said the district will continue to celebrate growth as they gather more data from the recently released testing results.

• Three of the five schools in the district classified as “low-performing” are now eligible for N.C. Restart program, which aims to create equity by allowing flexibility in state requirements and encouraging school leaders to rethink curriculum and planning.

The three schools — Chatham Middle, Virginia Cross Elementary and Siler City Elementary — are granted calendar flexibility. The board heard a presentation about possibly converting these three schools into year-round schools. The district is taking preliminary steps to research the feasibility of converting to a year-round system for the schools in the western portion of the county.

The next Chatham County Schools Board of Education meeting is scheduled for 5:30 p.m. on Monday, Oct. 10, at the Chatham Grove Elementary School media center. For more information visit www.chatham.k12.nc.us.