CHAPEL HILL — Thousands of volunteer hours translated to hundreds of thousands of dollars for Chatham County Schools after Chatham PTA Thrift donated more than $600,000 to 19 schools in the county Monday.

PTA Thrift Store President Keith Stinson said this year’s earnings put the thrift store back to pre-pandemic earnings. The thrift store shut its doors for much of 2020 so he said getting on track to recuperating those losses is an important positive step.

“Tonight’s a great night to celebrate all the hard work that’s been put in by our school volunteers and our employees at the thrift shop,” Stinson said. “This is our way of rewarding and recognizing all that work through monetary elements.” 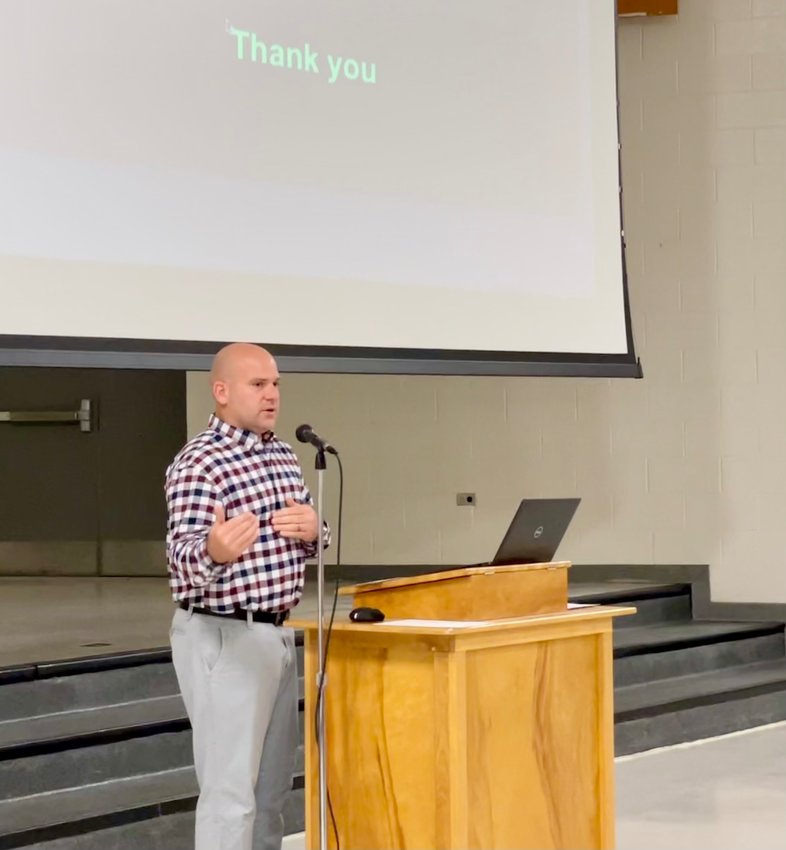 The previous two years the thrift store made less than $400,000 with about half as many volunteer hours due to limited store hours and health concerns. For example, in the fiscal year 2021, the store earned $397,723 with 15,385 volunteer hours.

While the number marks an improvement, Stinson said there are still plenty of challenges for the thrift store. The top issue, he said, is increasing volunteer hours in the stores. While the hours worked doubled from last year to this year, the 32,000 hours are still far behind the more than 70,000 volunteer hours the store saw annually between 2016 to 2019.

Another persisting challenge of the thrift store is the lack of volunteer hours from elementary schools. High schools can often gain hours by utilizing student clubs and organizations, but younger families often don’t have that same privilege. Stinson said it balances out in the end, though, because high schools often have greater expenses — therefore they should earn more money from the PTA Thrift Store.

“As an older population, with students that are able to drive and volunteer it allows them more opportunity,” Stinson said. “But they also typically have greater expenses like band equipment, athletic uniforms and graduation elements. So we think it’s actually a better way to recognize all the challenges they have.”

Schools use the funding from PTA Thrift for a variety of different uses. Before each school received its check on Monday night, representatives had to share at least one use of prior funding. For example, Bonlee School previously used funding for its Spring Fling dance, Chatham Grove Elementary bought new physical education equipment and Perry Harrison Elementary built a sensory education center.

Each school’s PTA has discretion on where its money gets spent. Stinson said the goals of each PTA are different. As a parent himself, he said he’s helped prioritize funding in the past and that parents take great pride in feeling that the money helps the school meet its community-specific needs.

Chatham PTA Thrift has three different stores — at Cole Park, Pittsboro and Siler City — and a distribution center in Siler City. The model of using a thrift store to generate funds for schools is unique among North Carolina districts. CCS Superintendent Dr. Anthony Jackson said its an enviable model across the state.

“This partnership is part of the power of One,” Jackson told attendees Monday, referring to the One Chatham Strategic Plan. “When parents, schools and community come together, possibilities are endless for children. Thank you for what you’re doing for us with your monetary gifts, but more importantly the gifts of your children in this district.”

Jackson said in his 34 years in public education, he has never seen a community bring in as much money to PTA organizations like the thrift shop model in Chatham. He said he was proud of the continuing partnership between the parents and schools in CCS. Jackson and other administration officials in the district do not have any jurisdiction over this funding but he said the year-over-year improvements are impressive.

For more information about Chatham PTA Thrift, visit your nearest thrift store. You can also email chathamptathriftstore@gmail.com or visit bit.ly/3UVoThd.